Mushrooms will grow just about anywhere, even in your backyard. At first, you may be mystified, but over time, it will become obvious that it is nothing but an ordinary lawn mushroom. These fungi have been around for decades. Today, there are more than 38,000 types of fungi that have been deemed mushrooms, which are a mixture of non-toxic and toxic.

Humans must take precautions when picking wild mushrooms. This can also be said about lawn mushrooms. Even though they look edible, does not mean they are safe for human or animal consumption. So, are lawn mushrooms poisonous?

There are countless varieties of mushrooms. Before you can determine whether they’re poisonous, you have to know what species you’re dealing with.  Therefore, you’ll want to take a picture of your mushroom and compare it with pictures online. If that doesn’t help, you may want to get the mushrooms tested. Recent tests have been created that can help people identify the toxicity of mushrooms in minutes.

If you want a definite answer, you should have the mushrooms tested to be positive.

How Do Mushrooms End Up On The Lawn 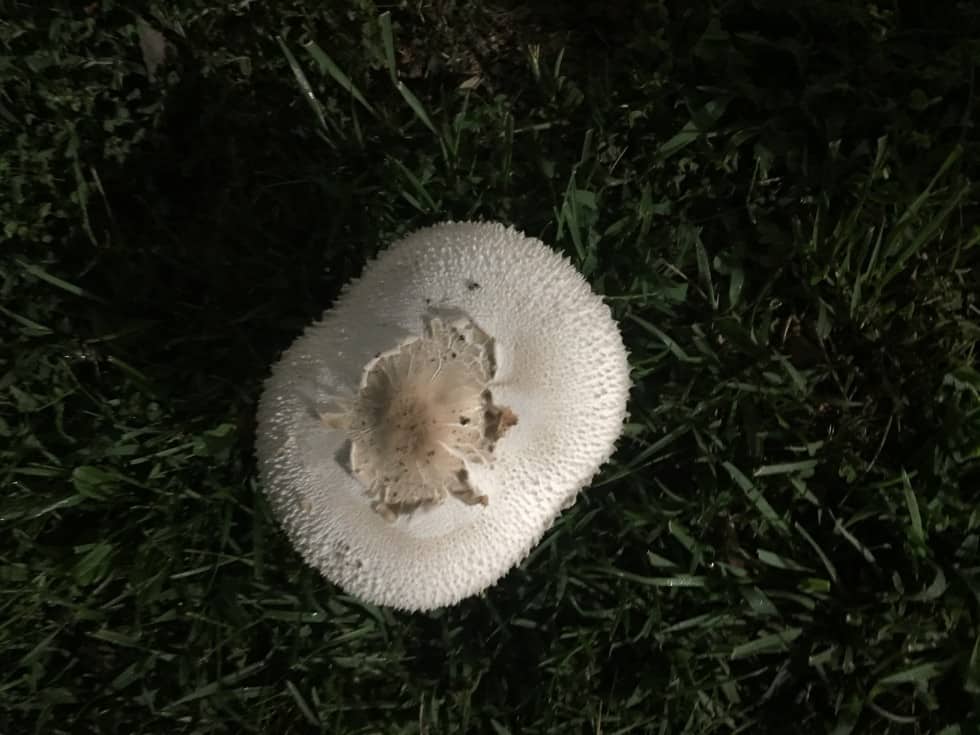 Like many species of plants, mushrooms have a preferred environment. For example, the snapdragon prefers temperatures around 65 degrees Fahrenheit, full sun, and high humidity.

The mushroom, on the other hand, prefers temperatures over 74 degrees Fahrenheit, shade, and high humidity levels. If you discover a mushroom or mushrooms growing in your backyard, it probably has something to do with the season, humidity, and temperatures.

A Reproductive Component Of Fungus

The fungus remains hidden from view. While the fungi are not visible, it is continuously working. Fungi is responsible for breaking down carbon-based compounds, better known as “organic material.”

Are Mushrooms Good For Your Lawn 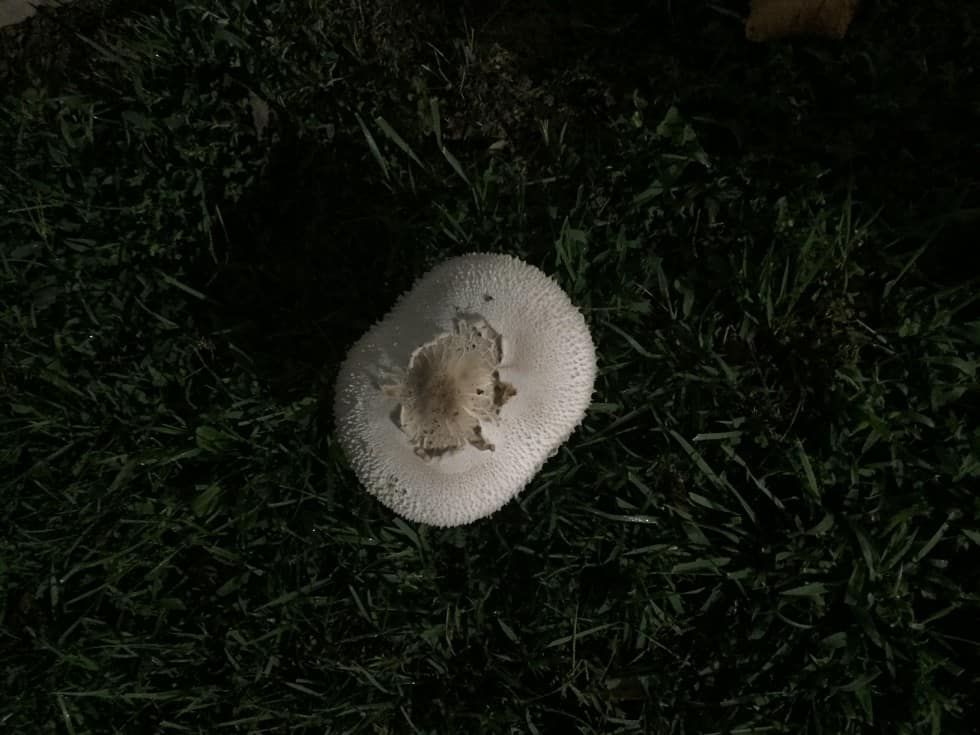 Some people are under the impression, mushrooms are a sign of bad things to come. Fortunately, this is not the case. In fact, mycologists believe mushrooms are beneficial for the environment, even your lawn.

As mentioned above, mushrooms break down organic materials, such as dead tree stumps, downed trees, dead leaves, and branches. This process is known as “decomposition.”

Living plants thrive on the decomposed byproduct because it is rich in nutrients.

How To Tell You Have Consumed Poisoned Mushrooms

In 2018, poison control centers across the United States reported 37.7 exposures to poisonous mushrooms in kids under the age of six in every 1,000 kids.

Which Mushrooms Are Poisonous

Ultimately, you’ll find that a lot of mushrooms are not poisonous but there are several that are. With this in mind, you need to know how to identify potentially problematic mushrooms so you don’t eat them.

The most common dangerous mushrooms are part of the Amanita genus. The Amanita phalloides are referred to as “death cap” mushrooms and you’ll want to avoid those at all cost. They contain a toxic compound known as amatoxins.

When consumed, these toxins will damage liver cells. You can identify these mushrooms easily because they’re white with a top that looks like an umbrella. They have a cup near the base of the stem.

To avoid problems, you should stay away from mushrooms that have white gills, bulbous or sack around the base, or a skirt on the stem. If you notice red on the cap or stem, you’ll want to discard it as well. While there are some red mushrooms that are safe, it is best for newbie mushroom hunters to discard them all.

Once you become better at identifying mushrooms, you’ll easily be able to determine which mushroom is poisonous and which is. You should never make assumptions. Unless you’re 100% sure what you’re dealing with, you shouldn’t guess. This could result in you eating something that is dangerous.

Getting Rid Of Lawn Mushrooms

If you have mushrooms growing on your lawn, you may want to get rid of them. First, you should know that mushrooms tend to grow in areas with rotting wood. Before you can get rid of the mushrooms, you’ll first need to deal with the decaying wood.

Did you cut down a tree recently? If so, this could be the source of the problem. Adding more leafy material to your soil is a good way to reduce the likelihood that mushrooms are going to return. Mulching the grass clippings to your soil can help. Also, mushrooms like locations that have high moisture levels.

You may believe that mushrooms are a worrying sign. This couldn’t be further from the truth. You’ll want to see mushrooms on your lawn because this means that your soil is healthy. You can cut mushrooms but this will cause their spores to spread.

That will lead to more mushrooms growing on your lawn. The best way to remedy this problem is to be patient. If you are, you’ll find that the mushrooms may disappear as quickly as they came.

Furthermore, you will be happy to know that the mushrooms will decompose the woody organic matter in your soil.

Leave the mushroom alone and they’ll leave without intervention.

Should You Kill Lawn Mushrooms With Fungicide

It is not a good idea to use a fungicide to kill mushrooms on your lawn. Doing so will lead to big problems in the long run. While it may get rid of the mushrooms, it’ll likely cause more problems.

Mushrooms show that your lawn is healthy. They’re a normal part of your lawn’s ecosystem. A fungicide is going to kill any beneficial microbial activity in your soil and that could kill the soil too.

Without healthy microbial activity, your lawn is not going to survive. To avoid adverse effects, you should stay away from all fungicides.

Ultimately, many American lawns are going to have mushrooms. This is a sign that your soil is healthy and flourishing. You shouldn’t try to get rid of them. Instead, you should deal with the decaying wood and let nature do the rest.

Just remember that you should never eat these mushrooms unless you’re positive that they’re safe.

The name of the mushroom that grows on trees is called a bracket fungus. There are many different kinds of bracket fungi, and they come in a variety of colors, shapes, and sizes. Some bracket fungi...

Mushrooms are delicious, delectable, and exquisite to eat. But, the gourmet varieties, like the chanterelles, can be quite expensive and difficult to find fresh, when not in season. So, what should...