There are many different types of mushrooms that can be found in Indiana, and some of them can be quite delicious. If you are looking to explore this natural phenomenon more, then you might want to learn about some of the most common mushrooms in Indiana.

We will discuss the different types of mushrooms found in our state as well as their nutritional value and culinary uses. Beginning mushroom hunters will also find information on how to identify these delicious creatures, courtesy of our blog! 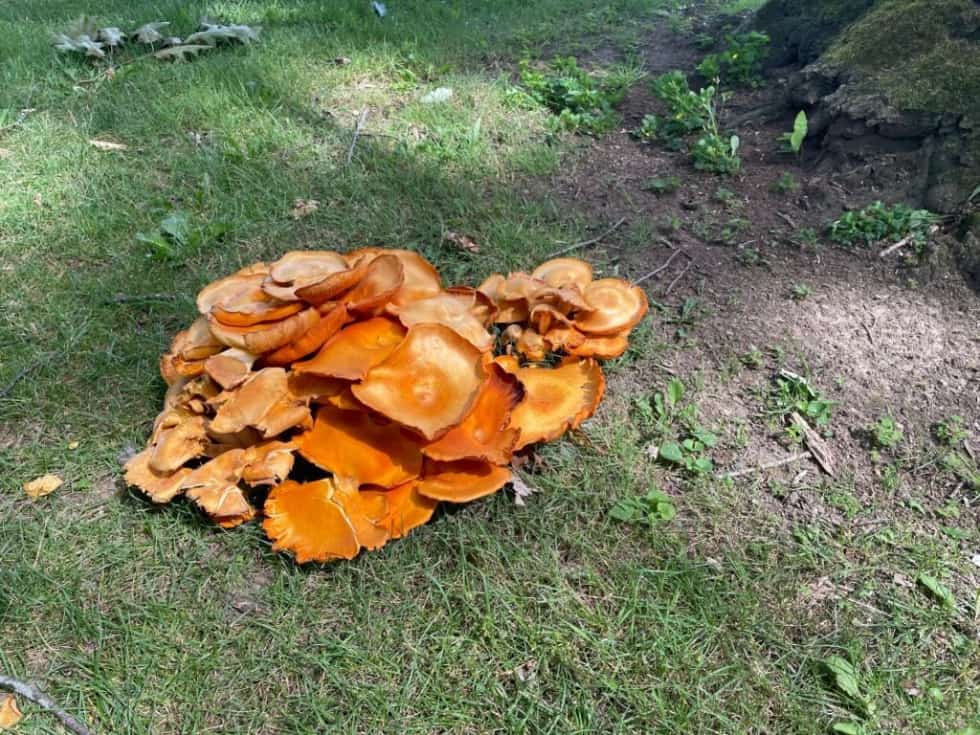 Chanterelles are a common type of mushroom found in Indiana. These mushrooms are usually yellow or white in color and have a trumpet-shaped cap. Chanterelles have a mild, slightly fruity flavor and can be eaten raw, cooked, or dried.

Chanterelles are a good source of vitamins and minerals, including potassium, phosphorus, and magnesium. Additionally, chanterelles contain antioxidants that can help protect your cells from damage.

If you find chanterelles while out hiking or mushroom hunting, be sure to cook them before eating. Raw chanterelles may cause stomach upset in some people. When cooking chanterelles, sautee them in butter or olive oil for best results. You can also add them to soups, stews, and other dishes for extra flavor.

The Meadow Mushroom is a common mushroom found in Indiana. This type of mushroom is typically found in pastures, meadows, and other areas with grassy vegetation.

This type of mushroom is edible, but it is not considered to be one of the more flavorful varieties. When cooked, the Meadow Mushroom has a mild taste and a slightly chewy texture. This mushroom can be used in a variety of dishes, including soups, stews, casseroles, and omelets.

Puffballs are one of the most common mushrooms found in Indiana. These small, round mushrooms can be found in fields and woods throughout the state. While they are not the most popular mushroom for eating, they are still sought after by many mushroom hunters.

Puffballs are small, round mushrooms that range in color from white to tan. They have a smooth surface and no stem. The inside of the puffball is filled with a spore mass that is released when the mushroom is mature.

When these spores are released, they look like smoke or dust coming out of the puffball.

Puffballs are not the most popular mushroom for eating due to their bland taste. However, they can still be used in cooking as long as they are harvested when they are young and the spore mass is still intact.

Once the spore mass has been released, the puffball is too old to eat and can cause stomach upset if consumed.

Morels are a type of mushroom that is commonly found in Indiana. These mushrooms have a distinct, spongy appearance and are often brown or black in color.

Morels are considered a delicacy by many people, and they are often used in gourmet dishes. Morels can be found growing wild in woods or fields, and they are also sometimes cultivated commercially.

Morels contain a variety of nutrients, including protein, fiber, vitamins, and minerals. These mushrooms also contain compounds that may have health benefits, such as antioxidants and anti-inflammatory agents.

Morels are typically cooked before being eaten, as they can cause gastrointestinal upset if eaten raw.

If you plan on foraging for morels, it is important to be able to identify them correctly. There are some poisonous mushrooms that resemble morels, so it is crucial that you know what you are looking for.

When in doubt, it is always best to err on the side of caution and not eat any mushroom that you cannot positively identify. 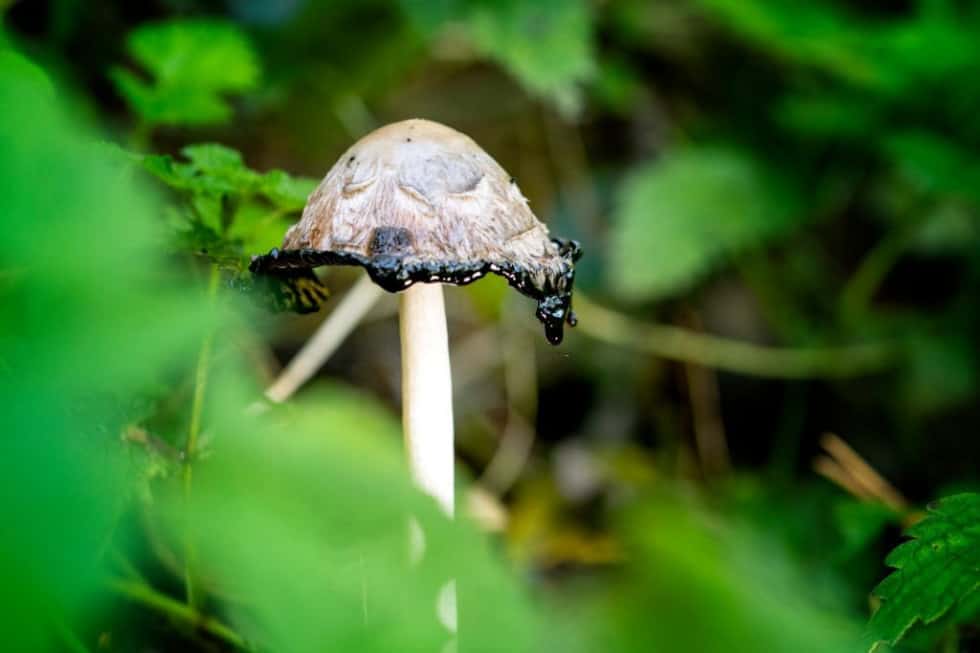 Ink-caps are a common type of mushroom found in Indiana. They get their name from the fact that they release a black ink-like substance when they mature.

Ink-caps are generally considered to be safe to eat, but there are a few things you should know before you go out and collect them.

If you’re not sure, it’s better to err on the side of caution and leave the mushroom behind.

Secondly, make sure you cook ink-caps thoroughly before eating them. This will help to kill any potential bacteria or parasites that could be present in the mushroom. Ink-caps can be cooked in a variety of ways – sauteed, grilled, baked, etc. So find a method that works for you.

And lastly, be aware that ink-caps contain high levels of hydrazine. Hydrazine is a toxic compound that can cause serious health problems if consumed in large quantities.

However, as long as you stick to eating only fully mature mushrooms and cook them thoroughly, you should be fine.

Amanitas are a type of edible mushroom that can be found in Indiana. These mushrooms have a variety of different colors, including white, yellow, pink and red. Amanitas are relatively easy to identify because they have a distinct cup-like shape at the base of their stalk.

Amanitas are one of the most common mushrooms found in Indiana and they are often used in cooking. These mushrooms can be sauteed, grilled or even roasted. When cooked, Amanitas have a slightly nutty flavor that goes well with meats and other vegetables.

If you’re planning on collecting Amanitas yourself, make sure to only collect those that have a white or cream-colored cap. These mushrooms are the only ones that are safe to eat.

Amanitas with a yellow, pink or red cap should not be consumed as they can cause stomach upset and vomiting.

This mushroom is not edible and should not be consumed.

There are many different species of mushrooms, and not all of them are safe to eat. Some mushrooms are poisonous, and can cause serious illness or even death if consumed.

It’s important to be able to identify which mushrooms are poisonous, and to avoid eating them. Here is a list of poisonous mushrooms in Indiana.

Amanitas are a type of mushroom that can be found in many parts of the world, including Indiana. These mushrooms are often brightly colored and very beautiful, but they can also be very dangerous.

Many amanitas are poisonous, and even some that are not poisonous can cause stomach upset if eaten.

The most dangerous amanitas are the white or pale amanitas. These mushrooms contain a toxin called amatoxin, which can cause liver damage.

Eating just one of these mushrooms can be fatal. Symptoms of amatoxin poisoning include nausea, vomiting, diarrhea, and abdominal pain. These symptoms usually begin 6-12 hours after eating the mushroom, and can last for several days.

If you think you have eaten a poisonous mushroom, seek medical attention immediately.

There are many other types of amanitas that are not as dangerous as the white or pale amanitas, but can still cause stomach upset if eaten. These mushrooms typically have red caps with white spots.

If you choose to eat amanitas, it is best to cook them first to reduce the risk of stomach upset.

If you’re lucky enough to find mushrooms in the wild, you might want to think twice before picking them. The Galerina mushroom is a common type of mushroom found in Indiana, and it can be deadly if ingested.

This mushroom typically grows on wood, which makes it difficult to spot. It also has a brown cap with white gills, making it look similar to edible mushrooms like the oyster mushroom.

However, the Galerina mushroom contains amatoxins, which can cause liver failure and death if consumed.

Symptoms of amatoxin poisoning include vomiting, diarrhea, abdominal pain, and seizures. If you suspect that you or someone you know has ingested a Galerina mushroom, it’s important to seek medical attention immediately as there is no cure for amatoxin poisoning.

The only treatment is to provide supportive care while the body breaks down the toxins. With prompt medical treatment, the prognosis is good but delays can be fatal.

So next time you’re out hunting for mushrooms, be sure to consult with an expert before consuming any wild fungi. And if you do come across a Galerina mushroom, don’t touch it – just admire it from afar. 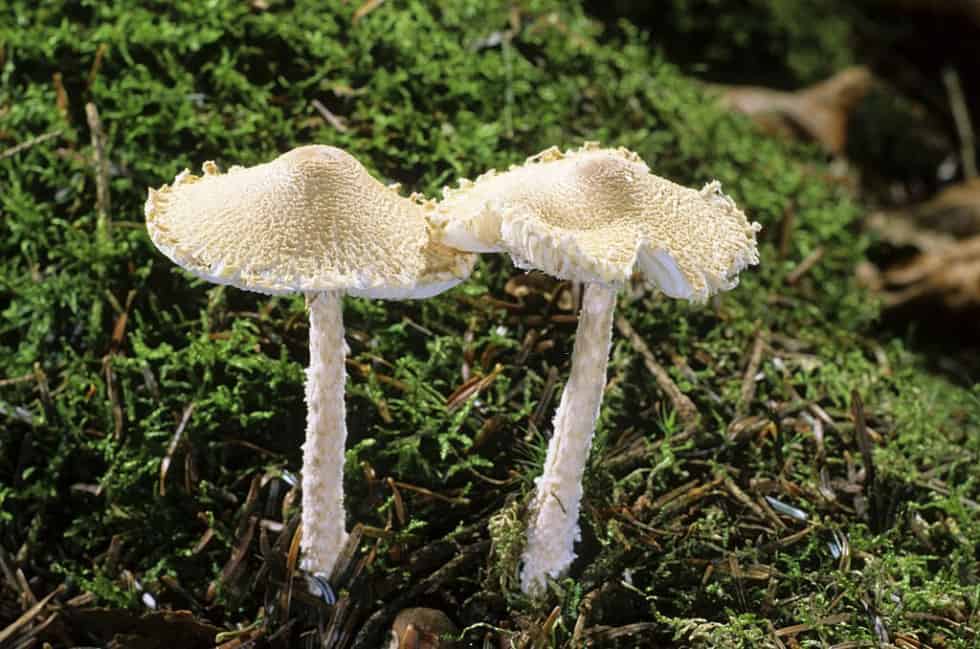 These mushrooms can typically be found growing on the ground in wooded areas, often near tree roots. Dapperlings are often mistaken for another type of mushroom called “button mushrooms.”

However, dapperlings can be distinguished from button mushrooms by their small size and light coloration.

Cortinarius mushrooms are one of the most common mushrooms found in Indiana. They typically grow in moist, shady areas and are often found near trees. These mushrooms can range in color from brown to reddish-brown, and their caps are usually covered with small scales or fibers.

The False Parasol is a common mushroom found in Indiana. This type of mushroom is also known as the umbrella mushroom or the false chanterelle.

The False Parasol has a cap that is brown or tan in color and measures 3-10 cm in diameter. The stem of this mushroom is white or cream-colored and can be up to 15 cm long. This mushroom can be found growing on the ground in woods or fields.

The tar-scented mushroom is a common mushroom found in Indiana. This type of mushroom typically has a strong smell of tar, which can be off-putting to some people.