Here are 10 common mushrooms that you might find growing in Michigan. 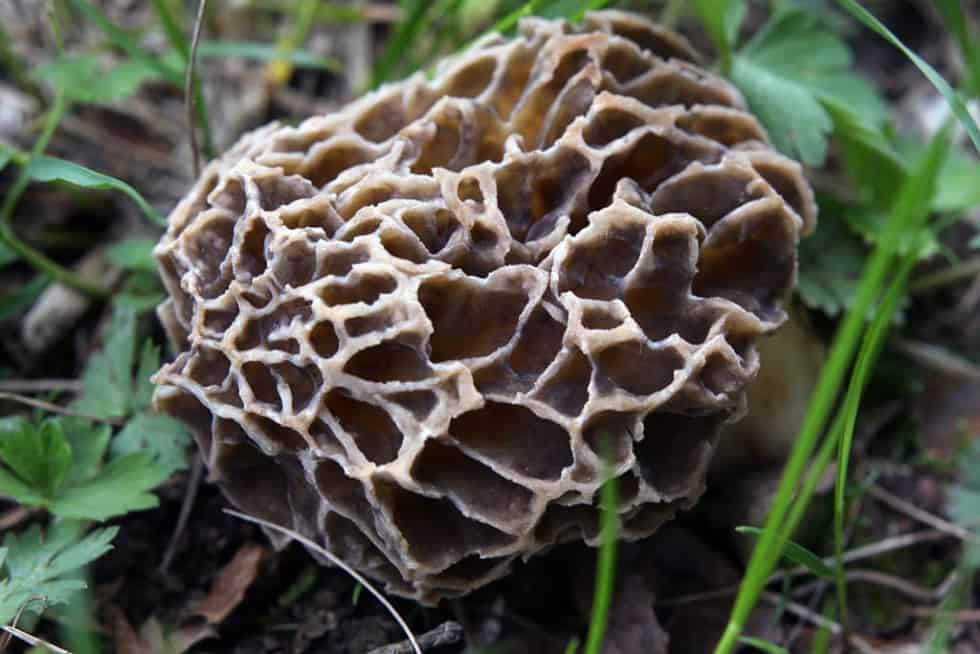 Morels are a type of mushroom that is common in Michigan. These mushrooms have a unique shape, with a long stem and a spongy head. Morels are usually dark brown or black in color.

Morels are considered to be a delicacy, and they can be cooked in many different ways. Morels can be sauteed, fried, or even used in soups or sauces. If you’re lucky enough to find some morels, be sure to enjoy them while they’re in season!

Chanterelles are a common type of mushroom found in Michigan. These mushrooms typically have a yellow or orange cap, and they can grow to be quite large – up to eight inches in diameter!

Chanterelles have a distinct, slightly fruity smell and a slightly nutty taste. When cooked, they often take on a slightly sweet flavor.

Chanterelles are most commonly found in woods or forests, near trees such as oaks and pines. They typically grow in the summer months, from June through August.

Chanterelles are a popular ingredient in many dishes, including soups, stews, and sauces. They can also be sauteed or grilled and served as a side dish.

If you’re interested in foraging for chanterelles, it’s important to know that there are some lookalikes that could be poisonous. The best way to avoid picking the wrong mushroom is to go with an experienced forager, or to carefully study pictures and descriptions of chanterelles before heading out into the woods.

Oyster mushrooms are edible and are often used in cooking. They have a mild flavor and can be used in soups, stews, or sauces. Oyster mushrooms can also be grilled or fried.

If you find oyster mushrooms while out hiking or walking in the woods, you should not eat them unless you are absolutely certain that they are safe to eat. Some mushrooms can be poisonous and cause serious illness or death if ingested.

If you are unsure about a mushroom, it is best to err on the side of caution and not eat it. 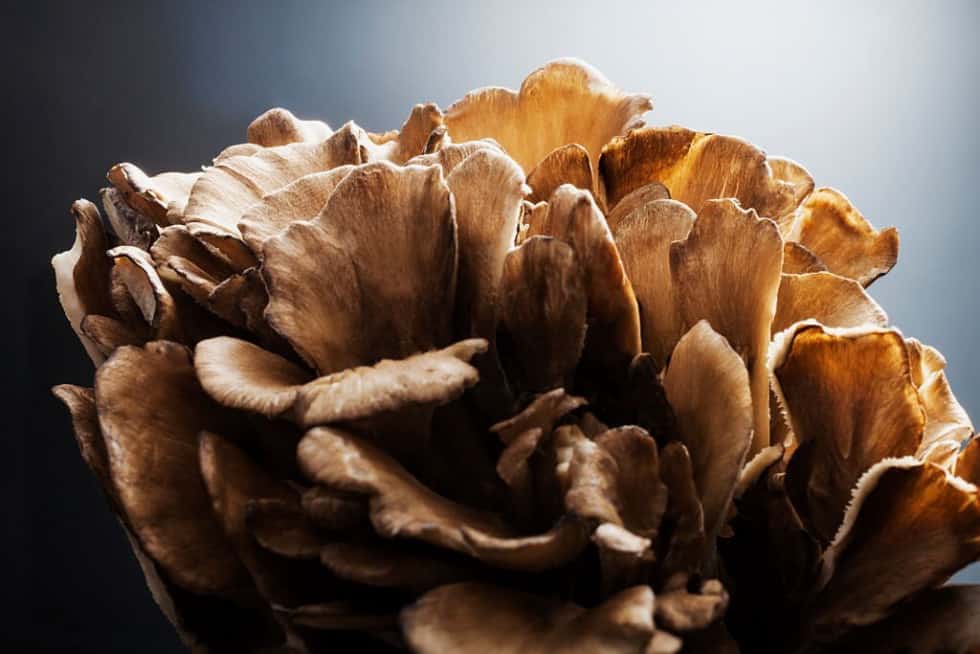 First of all, what are Hen-of-the-Woods mushrooms? They’re a type of polypore mushroom that has a woody texture and a taste that has been described as both earthy and nutty.

These mushrooms are native to North America, Europe, and Asia, and they typically grow at the base of hardwood trees.

In Michigan, Hen-of-the-Woods mushrooms can be found growing wild in forests throughout the state. If you’re interested in collecting these mushrooms yourself, make sure to get permission from the landowner first.

Once you have permission, look for these mushrooms growing on the ground near hardwood trees. They typically appear in late summer or early fall.

When collecting Hen-of-the-Woods mushrooms, be sure to cut them off at the base rather than pulling them up by the stem. This will help prevent damage to the surrounding area and make it easier for these mushrooms to regrow next year.

Once you’ve collected your mushrooms, take them home and rinse them off with cool water. They’re now ready to be cooked and enjoyed.

So, if you come across Hen-of-the Woods mushrooms while out exploring Michigan’s forests, don’t hesitate to add them to your collection. With their unique flavor and impressive appearance, these mushrooms are sure to be a hit at your next meal.

The Michigan truffle is a common mushroom in Michigan that is prized for its earthy flavor and aroma. This mushroom is often used in gourmet dishes, and can be found fresh, canned, or dried.

This mushroom has a dark brown to black cap, and a white to cream-colored stem. The Michigan truffle is found in hardwood forests, and prefers to grow on the ground near trees. This mushroom fruiting body can reach up to 4 inches in diameter.

The Michigan truffle has a strong, earthy flavor that is often described as being similar to chocolate. When cooked, this mushroom releases a powerful aroma that has been likened to that of garlic or onions.

The Blusher is a common mushroom found in Michigan. This mushroom gets its name from the way it blushes when it is cut or injured. The Blusher is a very delicate mushroom and should be handled with care.

This mushroom can be found growing on trees, stumps, and logs. The Blusher prefers to grow in shady areas. When picking this mushroom, be sure to look for ones that are fresh and have not been damaged.

The Blusher is a great addition to any meal. It can be sauteed, grilled, or roasted. This mushroom goes well with chicken, fish, and beef. Be sure to cook the Blusher until it is tender before eating. 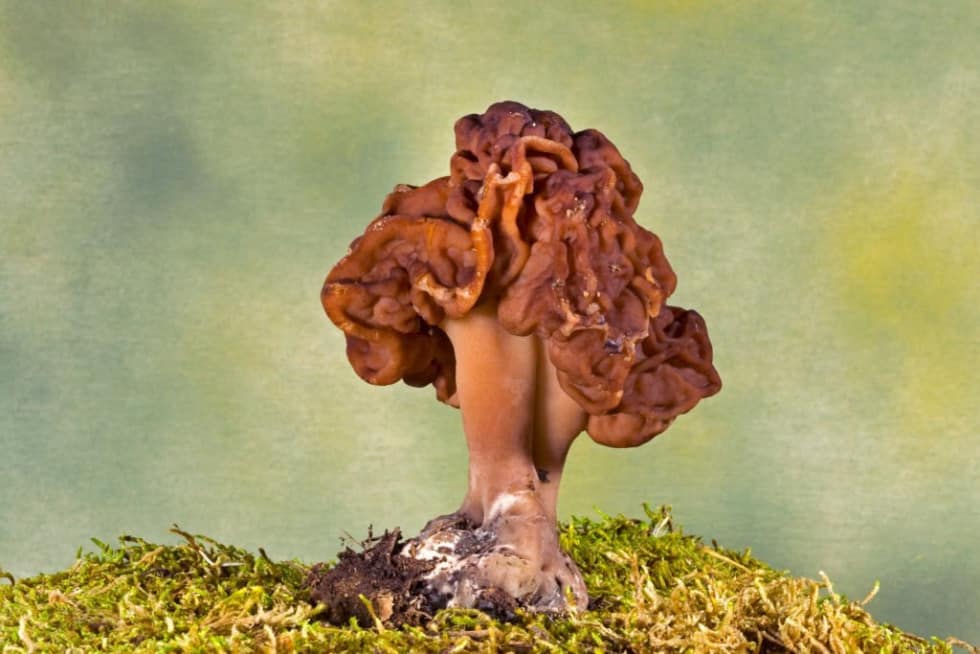 The False Morel is a poisonous mushroom that is common in Michigan. This mushroom can be easily confused with the true morel, which is edible. It is important to be able to identify this mushroom correctly, as eating it can cause serious illness or even death.

The False Morel has a brain-like or spongy appearance and is usually reddish-brown or yellowish-brown in color. It can grow to be up to six inches tall. The false morel should not be eaten raw, as cooking it does not remove all of the toxins.

The Eastern Destroying Angel is a poisonous mushroom that is common in Michigan. This mushroom gets its name from the fact that it can destroy your liver if you eat it.

The symptoms of this mushrooms poisoning include vomiting, diarrhea, and jaundice. If you think you have eaten this mushroom, it is important to seek medical help immediately as there is no cure for the poison. 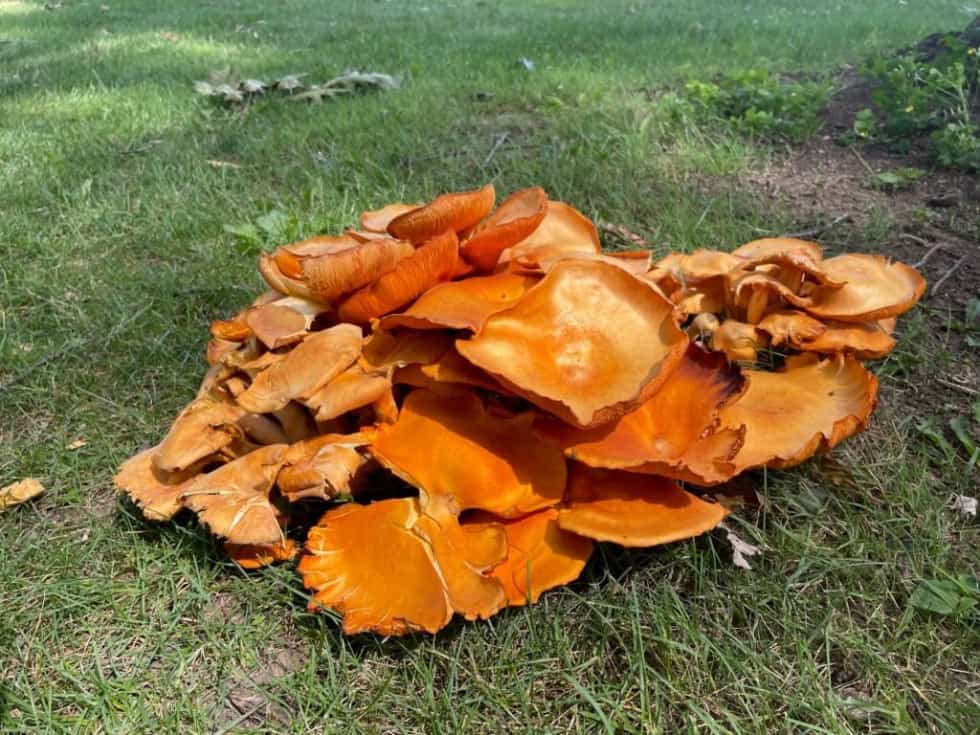 The Eastern Jack O’Lantern Mushroom is a poisonous mushroom that is common in Michigan. This mushroom gets its name from its orange color, which is similar to that of a jack-o’-lantern.

While this mushroom is pretty to look at, it is important to be aware that it is poisonous and should not be eaten.

This mushroom contains a toxin called orellanine, which can cause kidney failure if consumed. Symptoms of orellanine poisoning include vomiting, diarrhea, seizures, and coma.

If you think you or someone you know has eaten this mushroom, it is important to seek medical attention immediately as the consequences can be very serious.

While the Eastern Jack O’Lantern Mushroom is beautiful to look at, it is important to remember that it is poisonous. If you come across this mushroom, be sure not to touch it or eat it.

The Galerina mushroom is a common mushroom found in Michigan that is poisonous. This mushroom can be deadly if ingested, and should be avoided at all cost.

This mushroom usually grows on dead tree trunks or stumps, and can also be found growing on fallen leaves in wooded areas. The Galerina mushroom has a brown cap with small dark brown scales, and a white ring around the edge of the cap. The stem of this mushroom is also white, and the gills are brown.

If you come across this mushroom, do not touch it or ingest it, as it can be deadly.