If you have looked into growing mushrooms, you likely already know that there is an extensive amount of information out there. Couple this with the learning curve, and the range of difficulty, and you are truly looking at a situation that might have you thinking retail is the best option.

Yes, mushrooms can be complicated. Yes, there is a lot of information out there, and some of it is misconceptions or misleading. And, yes, growing mushrooms is not for everyone, but that doesn’t mean it can’t be done. In fact, there are a few species that you can start with that will get you familiar with the entire process.

Once you are familiar with the process, you’ll be able to hone your skills and move on to the more complicated grows. Below, you are going to learn about some of the easiest species of mushrooms to grow and why they are so easy to grow.

Learn to master these, and you’ll be well on your way to having a green thumb in mushrooming before you know it.

Related Article: Healthiest Mushrooms To Eat:[Top 6 Of All Time]

Oyster Mushrooms Are No Problem 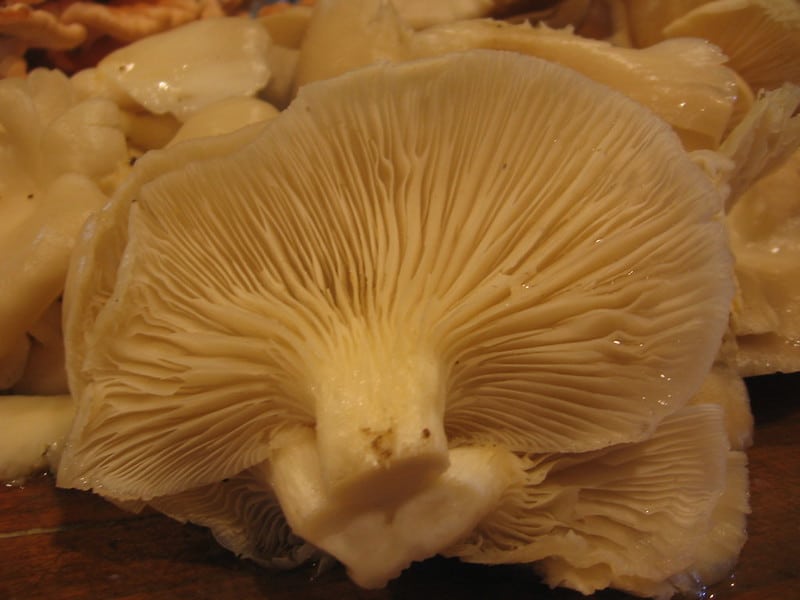 When it comes to an agreeable species, it is more than hard to be the oyster mushroom. They are one of the easiest species to grow and can be grown with a variety of different techniques.

However, some of the easiest and more effective ways to grow them are by growing them on coffee grounds or toilet paper. Both are readily accessible and fairly affordable, so you shouldn’t have a problem acquiring the materials needed for growth.

In fact, you’ve likely got some extra stock of toilet paper and coffee just sitting around the house or shop. That being said, if you do want to utilize the coffee ground method, it is recommended to mix in at least 50% of sawdust as well, which isn’t too hard to procure either.

Do a mixture of 50% coffee ground and 50% sawdust, and you’ll create an ideal living environment that your new mushrooms will thrive in. This is because such a setup increases the aeration and allows plenty of room for the “root” system of the mushrooms or the mycelium to breathe and it expands.

You can find numerous toilet paper grow videos online from start to finish, as it is probably the more popular option. 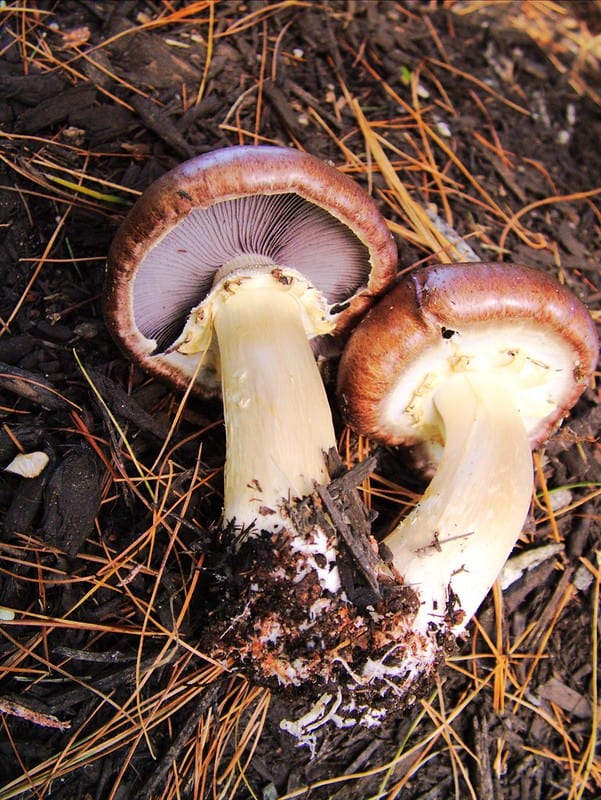 Once you procure your wine cap spawn, wine caps will be one of the easiest species to grow. The process is very straightforward and will only take a mere 6 months.

In addition to this, after you add the spawn to the growing soil, you won’t have much work on your hands. It’ll just be plant the spawn, sit back, and watch your babies grow.

Of course, procuring the spawn isn’t the easiest thing in the world, and it is pertinent to start with fresh hardwood wood chips. You’ll also need a good shady, relaxed area so that the root system can spread and grow to its fullest.

September and May are the two ideal harvest times for these caps, and when they are ready, they are ready. You’ll only have about 2 days to harvest them before things start to turn bad.

Just do a little research on creating win cap spawn, and once you’ve got this process figured out, provide the right growing environment, and it won’t be but a mere 6 months before you are rolling in delectable wine caps.

Shiitake On The Logs 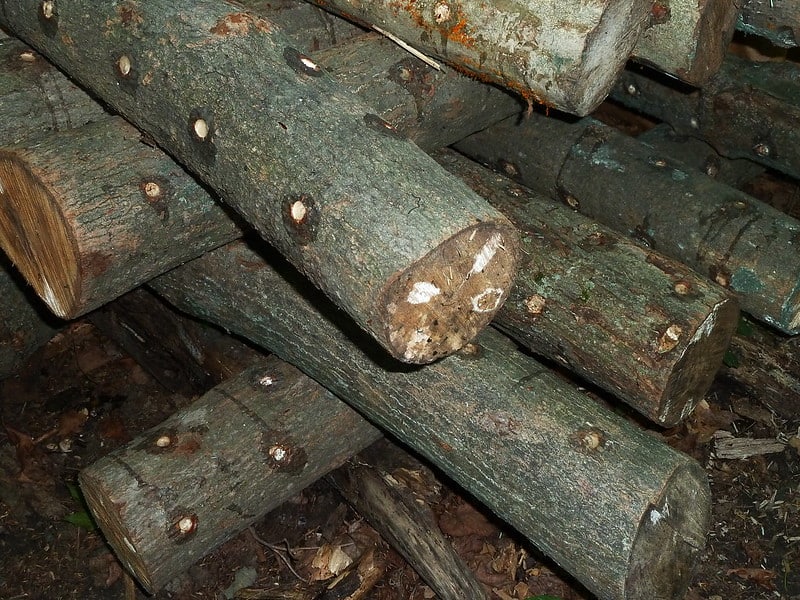 Shiitake sounds like a complicated name, and it is likely you’ll mispronounce this before you learn how to properly say it. That’s okay because the growing process isn’t nearly as misleading or complicated.

Just on a side note, the shii means evergreen oak tree and the take means mushroom. This is probably why the Japanese have been growing this mushroom on logs for thousands of years now.

Growing shiitakes on logs have been a favorite pastime method of many mushroom purveyors. There are plenty of guides that will walk you through the entire process, but know that it is not nearly as complicated as it seems.

It’ll seem so complicated at the beginning that you’ll likely want to turn in the other direction.

While there is more involved in growing this species that the above two, it is nowhere as near as hard as it might seem or as some individuals might make it seem.

It really requires nothing more than acquiring a fresh hardwood log, drilling holes in it, filling said holes with plug spawn, and then waxing over it. After you get past this initial hurdle, it’ll simply just be a waiting game.

And, it will be a lengthy one, as grows like this can take anywhere from 12 to 14 months until the mushrooms will be ripe for harvest.

As a side note, log cultivation is best done with hardwood logs like oak, maple, or beech. Other logs will no doubt work, but you won’t get anywhere near the same yield. And, if you are going to wait nearly a year or more, you’ll want to maximize that yield.

Choosing the right log and making sure that it is anywhere from 3 to 8 inches in length with 1-inch holes drilled every 6 inches apart, will allow you to maximize your growth potential.

After the holes are drilled, it is nothing more than loading in your shiitake plug spawn and waxing over the holes. Just in case you are wondering, the wax utilized in most of these growing methods is for the “root” system.

It ensures that the mycelium will not dry out while also preventing other fungi from forming in the log.

Mushrooms are exciting, tasty, and growing them yourself provides a whole new world of entertainment and sanctification that you likely wouldn’t achieve elsewhere. Of course, this doesn’t mean that it’ll be easy.

As you can see, there are some methods and species that are just much less complicated than others. This doesn’t make them any less tasty, but it might mean that the end results might be a bit more satisfying.

Starting with one of these easy grows will help you get your feet wet and on your way to becoming a master cultivator of mushrooms.

Growing Chanterelle Mushrooms Mushrooms are delicious, delectable, and exquisite to eat. But, the gourmet varieties, like the chanterelles, can be quite expensive and difficult to find fresh, when...

Mushrooms will grow just about anywhere, even in your backyard. At first, you may be mystified, but over time, it will become obvious that it is nothing but an ordinary lawn mushroom. These fungi...