Most people know what a mushroom is. Most people also know that there is a wide array of species that can be used for various activities. There are even some mushrooms that people eat for psychedelic effects.

There are some mushrooms that people eat with certain foods to enhance the overall taste. You might even be surprised to learn that there are certain mushrooms that have major medicinal properties.

Whatever the situation is, you need to be aware of the fact that mushrooms or even other health supplements are by no means a substitute for professional health care.

There is nothing wrong with trying to better your health at home, but if you currently dealing with a serious health condition, you’ll always want to consult a medical professional.

It is not impossible to think that mushrooms or other health supplements could only exacerbate the condition. That aside, there are some truly great mushrooms available out there with major potential healing properties. What are these mushrooms and what can they potentially do for you? 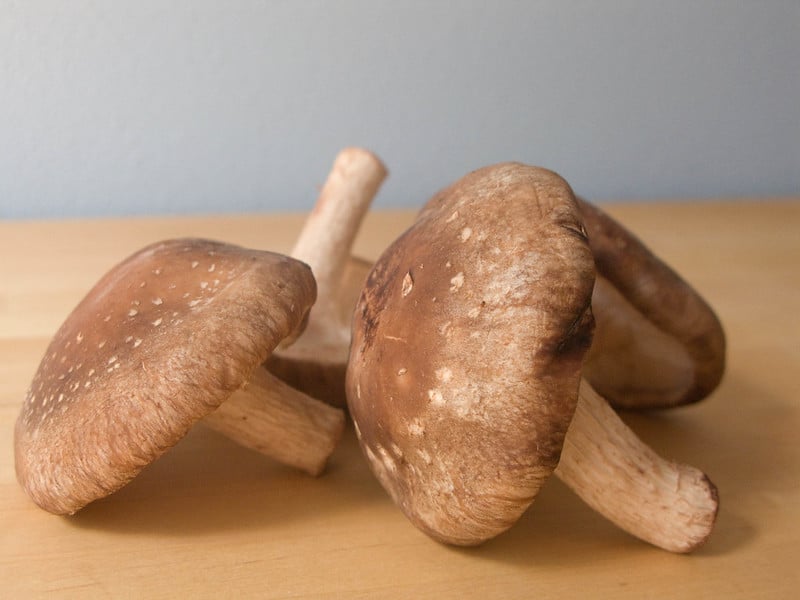 You’ve probably guessed from the name that the Shiitake mushroom is one that can be found in a lot of traditional Japanese dishes. It is a complex, rich, and savory mushroom that is best discovered through experience.

Whether you are utilizing it with a soup or stir fry, you’ll want to give it a try and get acquainted with its unique flavor profile before mixing. This mushroom has its place in a variety of dishes but will need to be used in the right amount with other compatible ingredients and seasons.

The shiitake mushroom can also be boasted on for being a superfood. That’s right, they’ve been known to help with weight loss and control as well as improving the overall blood circulation in the body.

Anyone suffering from hardening of the arteries or similar blood-restrictive conditions could benefit immensely from this flavorful little addition.

The mushroom is also packed with its fair share of vitamin D, but it really is the natural anti-tumor compound known as lentinan that gets the biggest accreditation. 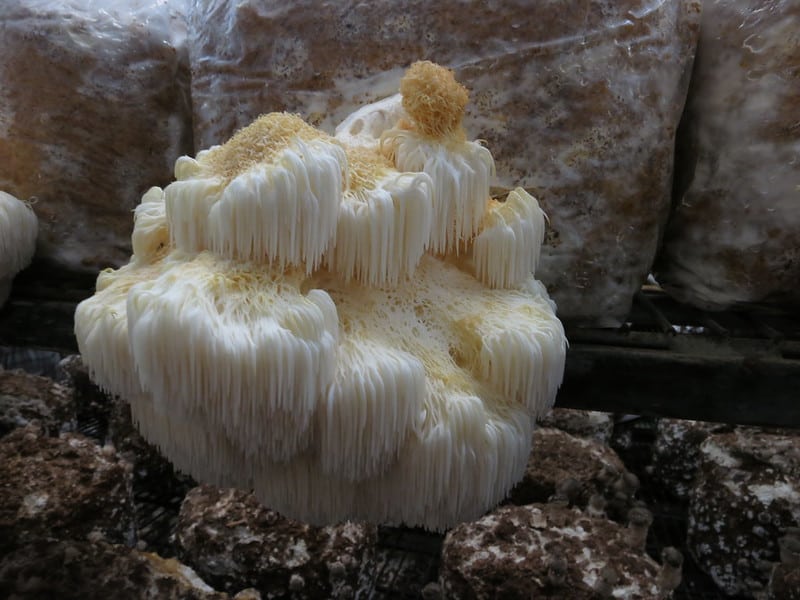 You can look up any site or research you want about lion’s mane mushrooms, and you’ll see that they are always primarily boasted on for their cognitive enhancing benefits.

This is just one of the many reasons that this mushroom is being considered for people suffering from diseases like Alzheimer’s. It has been said that the mushroom alone might be able to repair some of the damage done to the brain, helping to restore brain function.

It has also been looked at as a viable treatment candidate for anxiety and depression.

You can’t go wrong with the taste either if you are a fan of seafood because most people would describe this mushroom as having a crab or lobster taste. This is one of the things that make is preferred amongst vegetarians.

It offers a meat taste that is completely meat-less. These mushrooms will likely prove difficult to find, but growing them shouldn’t be a problem. Most experienced cooks of this mushroom-like to saute them over medium heat in a dry pain before mixing them with other foods due to their high water content.

They’ll without a doubt release a fair amount of liquid when heated.

Morels – Strengthen Your Bones With The Calcium Rich Delectable 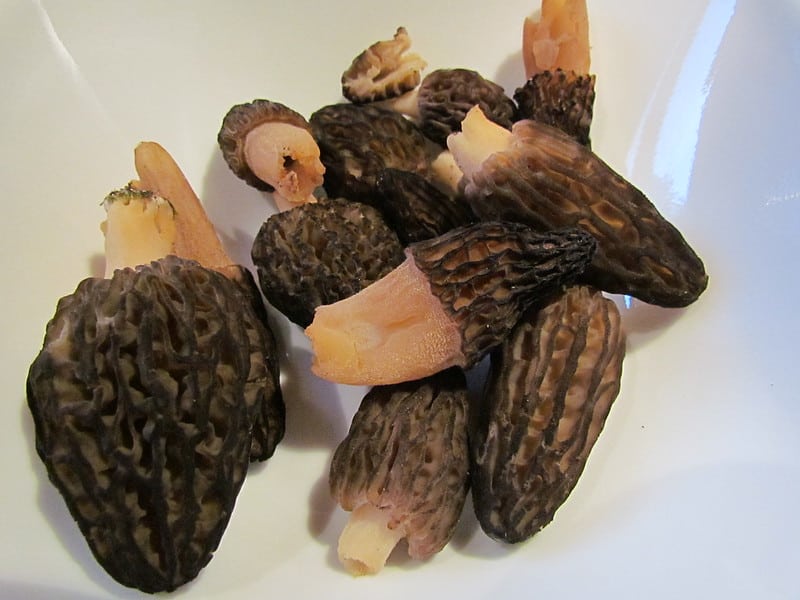 For a mushroom hunter or enthusiast, there is little more exciting than stumbling across the morels in the wild. This mushroom is treasured by many far and wide and there is an excellent reason for this.

It offers one of the most unique flavor profiles that you’ll find in a mushroom. It is meaty, but not too meaty. There is also a tinge of earthy taste that’s there, but it is not so overpowering that you feel like you are eating a twig or leaf.

You never can go wrong by sauteing these delectable mushrooms with oil, butter, wine, or cream.

Okay, so you know the flavor is great, but the potential health benefits aren’t bad either. In fact, this is one mushroom that is packed with the extremely rich calcium content.

Along with other nutrients that might benefit bone tissue health and prevent osteoporosis, the morels are one perfect mushroom for anyone dealing with weak or brittle bones. Other essentials that can be found within this bad bot are copper and vitamin B12.

Unfortunately, this might also be another hard one to find at your local market. You might even have to result to order from vendors online, which can make things a bit tricky as well. Most will come in a freeze-dried form and will need to be soaked in water overnight before using them. 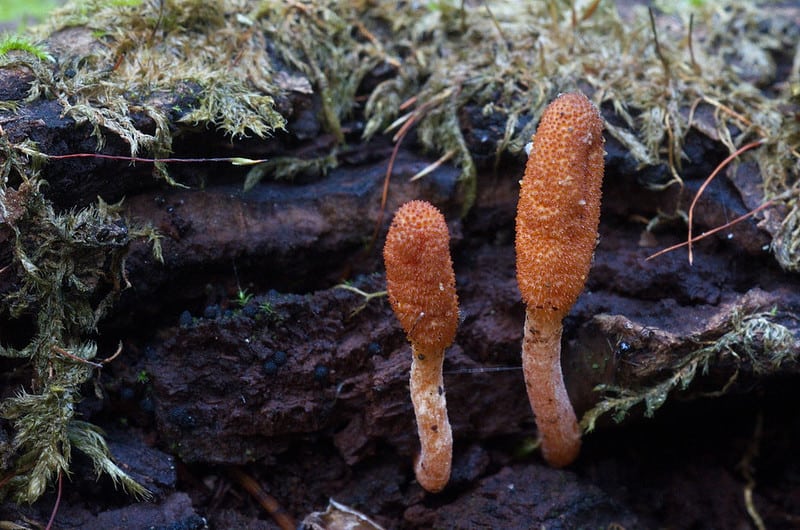 However, if you happen to come across some, you’ll want to spare the extra expense because they’ll do things to your soups and stir-fries that you’d only dream about.

That out of the way, it is their libido enhancing qualities that give them the biggest recognition in the health industry. They also have a propensity to enhance overall athletic performance. Some researchers are even looking toward them as a means to fight cancer because they are chalked full of powerful antioxidants.

There is also a cordyceps capsule or supplement available, and this will probably be one of the easiest and best ways to reap the benefits of what this powerful mushroom has to offer.

Although, never pass up on the chance to try them in a dish or two if you can. 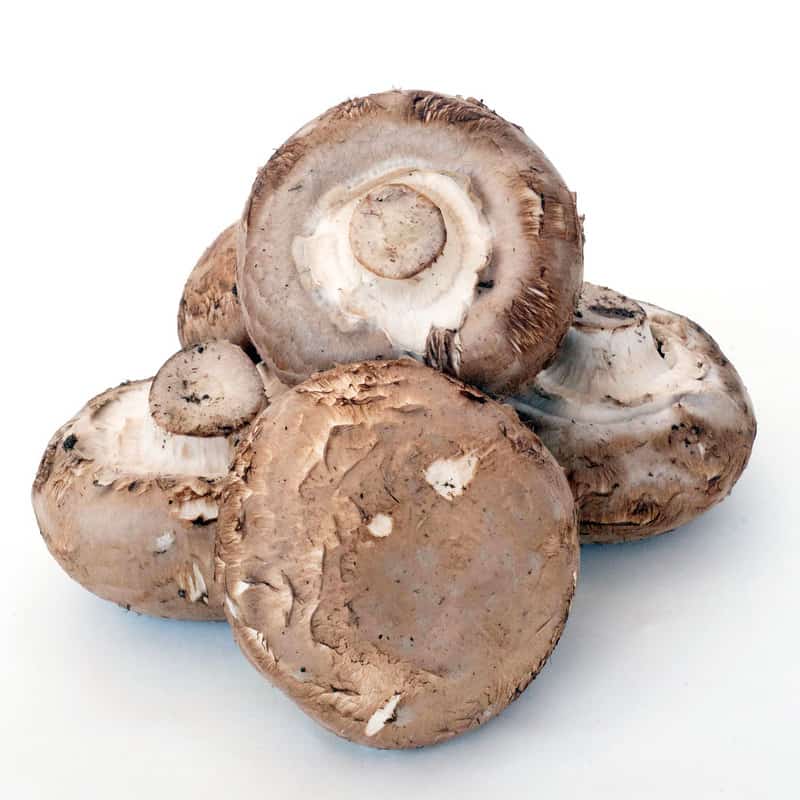 Hearty, meaty, and exploding with flavor, what’s not to love about the portabella mushroom? This is just one of the many reasons that these are a tried and true favorite among many.

You can throw the entire mushroom on the grill like a steak, cut them in thin slices and add BBQ sauce, dip them in a soup, stir fry them, or put them in a casserole. Simply put, there really isn’t much that you can’t do with the portabella as far as taste and flavor go.

They are pretty versatile when it comes to health as well, as they have stocked full of vitamins and nutrients. Like many of the other mushrooms on this list, they do have a natural affinity to help fight cancer as well.

All that aside, you might sometimes hear someone refer to these mushrooms as white button mushrooms. In these cases, they are talking about very young portabella mushrooms. That’s what the young ones are sometimes referred to as.

These will by far be one of the easiest mushrooms on the list to get your hands on, as they literally grow very easily all around the globe. Good thing too because they are full of protein and vitamin B.

They also don’t contain any cholesterol and have considerable levels of lovastatin. A study conducted in 2004 showed that this very ingredient gave the mushroom the potential to be beneficial to HIV patients.

It appears that there also seems to be an added advantage of ingesting these mushrooms in a tea form. You can dry out the caps, boil them in water, and add to your tea.

This is one of the more unique ways to consume a mushroom. It has been said that there are two molecular mechanics for the alcohol extracts of the oyster mushroom that can inhibit the growth of colon and breast cancer cells without causing significant effects to other healthy cells.

While mushroom and health supplements should never be a total replacement for professional medical health care, you can see that there are some truly amazing potentials here.

If these mushrooms are capable of doing just a fraction of what they are supposed to then they could be true, potential replacements for a lot of today’s viable medical treatments.